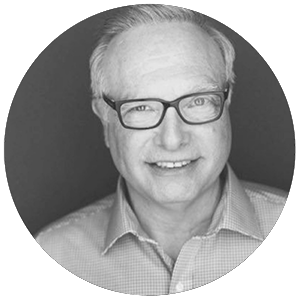 The Relevance of Events in a Connected World

David Adler, CEO and Founder of BizBash, is a veteran media and event entrepreneur. He founded BizBash as an idea and resource marketplace for event organizers of all types from corporate and association planners, to those who plan high-end personal and social events. His site has become the largest media property in the business-to-business event industry with nearly 2 million annual user sessions.

Adler has also recently served in various volunteer roles with the U.S. State Department as a consultant to the Chief of Protocol on projects such as the Patrons of Diplomacy project, the first Global Chiefs of Protocol Conference and the Diplomatic Culinary Partnership’s American Chef Corp.

Prior to BizBash, Adler has held posts a vice president of corporate communications for PRIMEDIA and Macmillan Inc, Chief of “Passion Branding at Cone Communications where he developed programs such as the initial Avon Breast Cancer Initiative, the Reebok Human Rights awards, the Polaroid Missing Children Program, and the John F. Kennedy Library Profiles in Courage awards.

At the age of 21, a month after graduating from American University, Adler founded and was the CEO of Washington Dossier, a magazine that covered power, society, politics, and entertaining in the nation’s capital.

Adler resides in New York City and is active in several nonprofit and professional organizations, including current and previous board positions with SISO (Society of Independent Show Operator), NYC & Company, the WNET Education Committee, the Dean’s Advisory Council of the American University School of Communications, The Hurricane Island Outward Bound School, the Magazine Publishers Association, and Citymeals-on-Wheels, The Fine Arts Committee of the State Department of the United States and the Open Future Institute.

This website uses cookies to improve your experience while you navigate through the website. Out of these, the cookies that are categorized as necessary are stored on your browser as they are essential for the working of basic functionalities of the website. We also use third-party cookies that help us analyze and understand how you use this website. These cookies will be stored in your browser only with your consent. You also have the option to opt-out of these cookies. But opting out of some of these cookies may affect your browsing experience.
Necessary Always Enabled
Necessary cookies are absolutely essential for the website to function properly. This category only includes cookies that ensures basic functionalities and security features of the website. These cookies do not store any personal information.
Non-necessary
Any cookies that may not be particularly necessary for the website to function and is used specifically to collect user personal data via analytics, ads, other embedded contents are termed as non-necessary cookies. It is mandatory to procure user consent prior to running these cookies on your website.
SAVE & ACCEPT